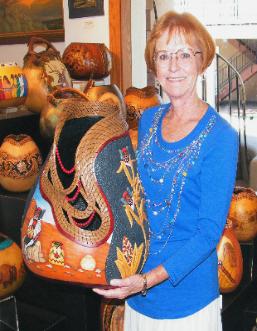 Hellen is a Texas girl and proud of it. She spent her school years in Aransas Pass, Texas, and attended Sam Houston State University in Huntsville, Texas.  While attending college, she took a few art classes while pursuing a teaching degree.

She married in 1949 and art went on the backburner because of working, raising three children, and taking care of a home.  For a birthday gift, her husband signed her up for two painting classes.  That’s all it took because Hellen continued to study art, paint as time allowed, and developed her own style.

Due to her husband being in the Navy for nine years and corporate moves, she has lived in Texas, California, Washington, Oklahoma (twice), and Netherlands.  While living in the Netherlands, she taught students from Netherlands, Germany, Belgium, France, and New Zealand.

In 2002, Hellen left her corporate position to pursue her dream … start her art business, Paintings by Hellen. She discovered gourds in 2003 at an art show.  They immediately became her passion and main medium.  Since they grow in different shapes and sizes, they presented a challenge she embraced.  The gourd allows her to pyrography (woodburn); pine needle coil; closed coil (similar to Native American basket making); paint with acrylics, oils, color pencils; and power carve.  You were limited only by your imagination.

Hellen became a national/international fine art gourd artist who has won numerous awards for her painting, pine needle coiling, and carving.  Her work has been displayed in galleries throughout Texas, Santa Fe, Albuquerque, and Colorado.  Hellen has also been featured in several Texas’ and Santa Fe, New Mexico magazines and newspapers.  Her work has been displayed in museums and photos used for advertising Comanche Nation’s art show and other events involving gourds.  Per the request of the American Gourd Society, she wrote competition guidelines for painting and colored pencils that are used throughout the United State during gourd festivals.  In 2009, she started teaching and writing books to share her knowledge.  Her faux western tooling technique was introduced to the art world in 2009 and became extremely popular.

Since Hellen has a Comanche/Blackfoot heritage, a lot of her art is with a Native American flare.  She also does wildlife, birds, buffalo, and horses along with carving rustic pieces.  Her Indian maidens and faux leather tooling have become her trademark. 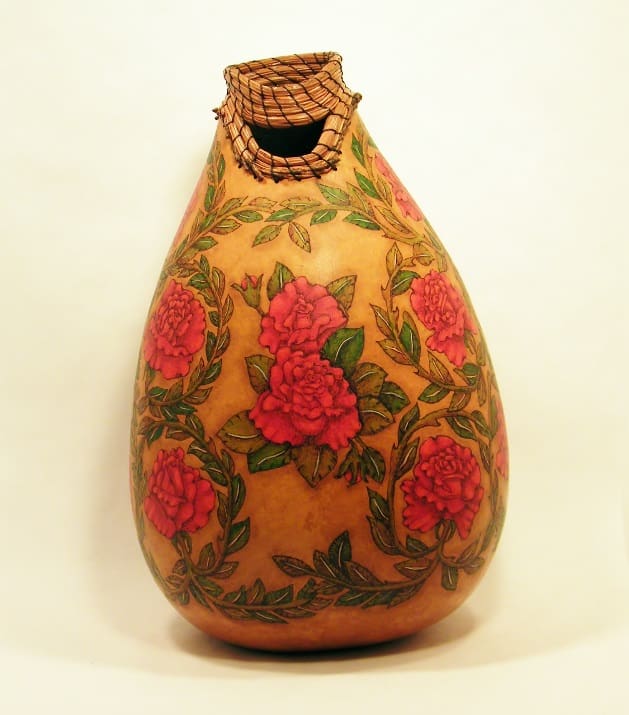 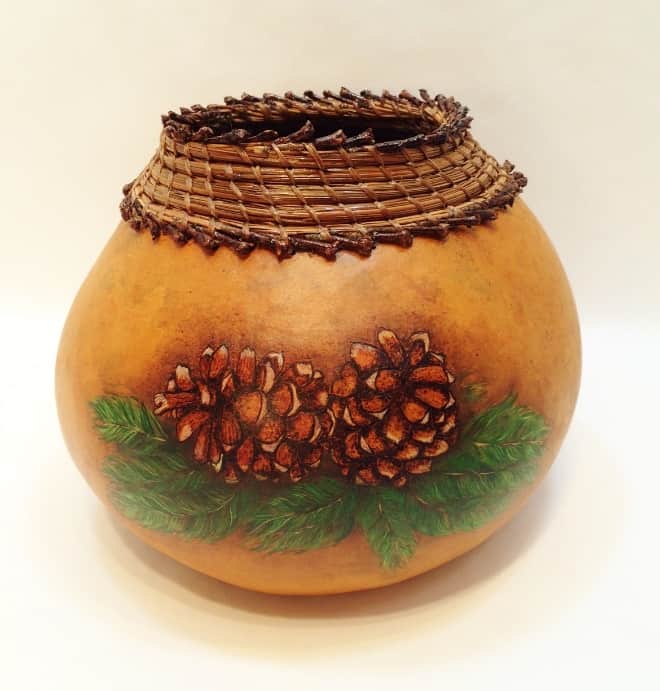 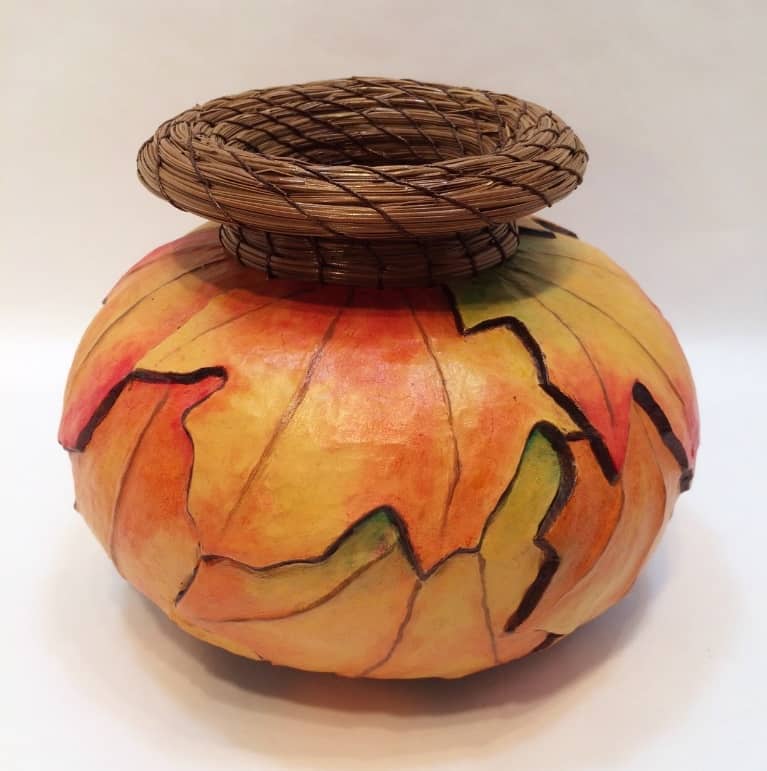 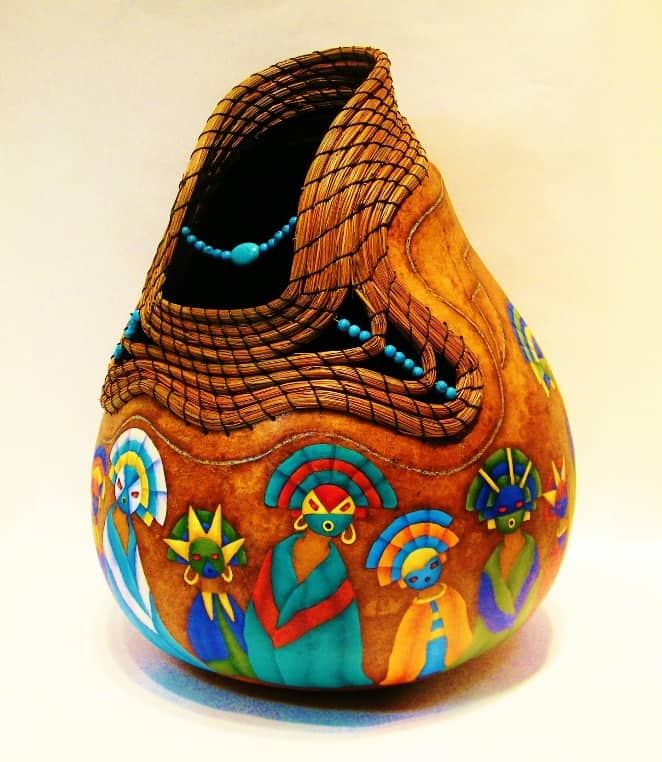 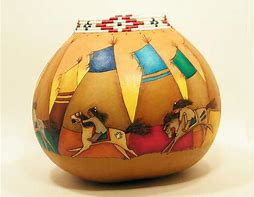 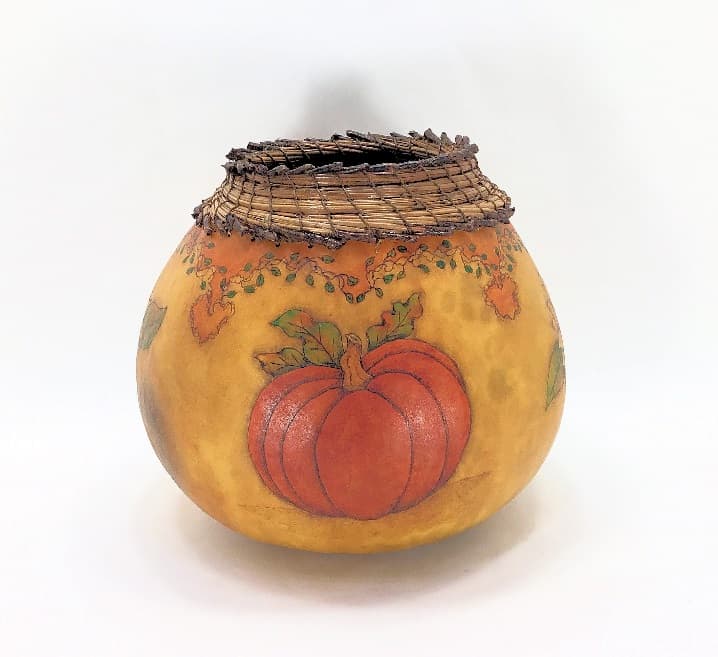 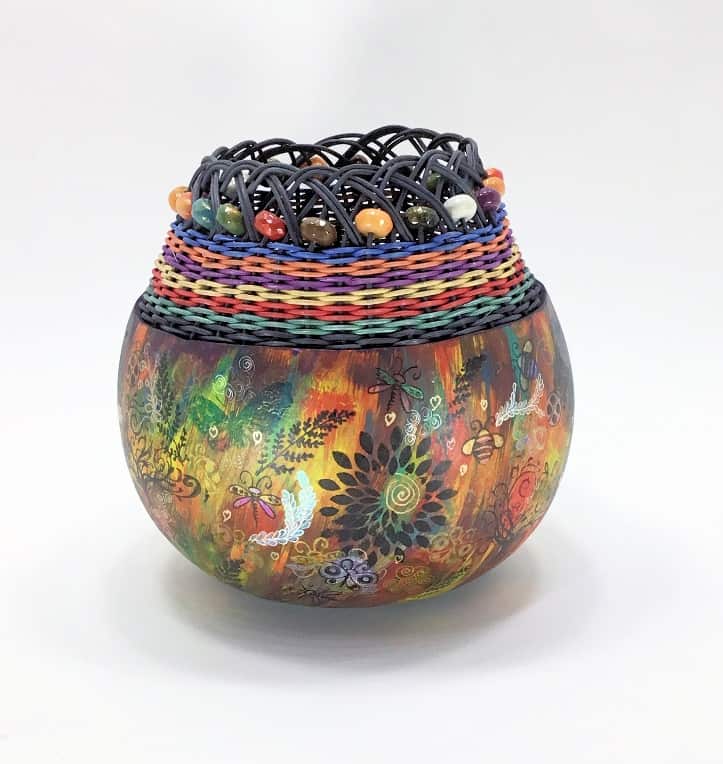 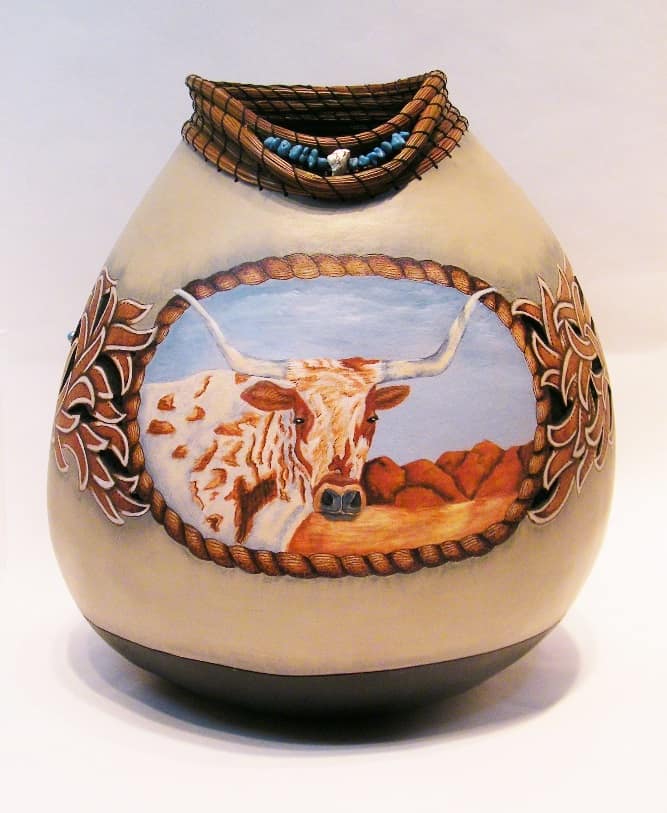 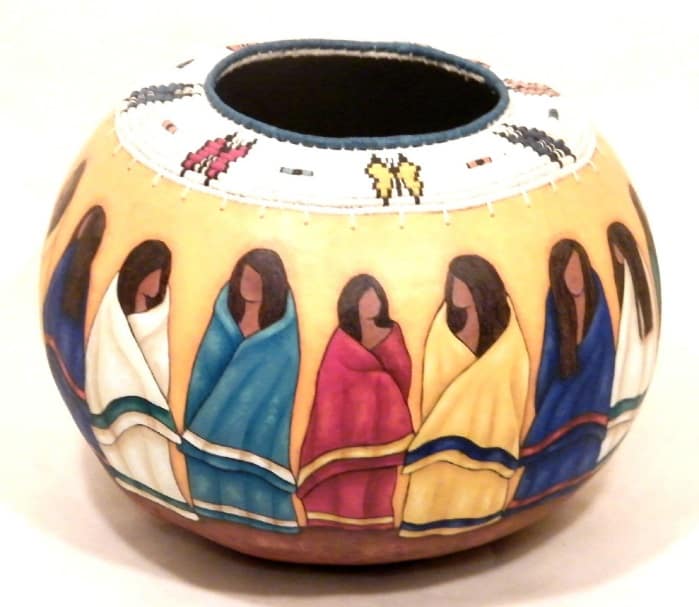