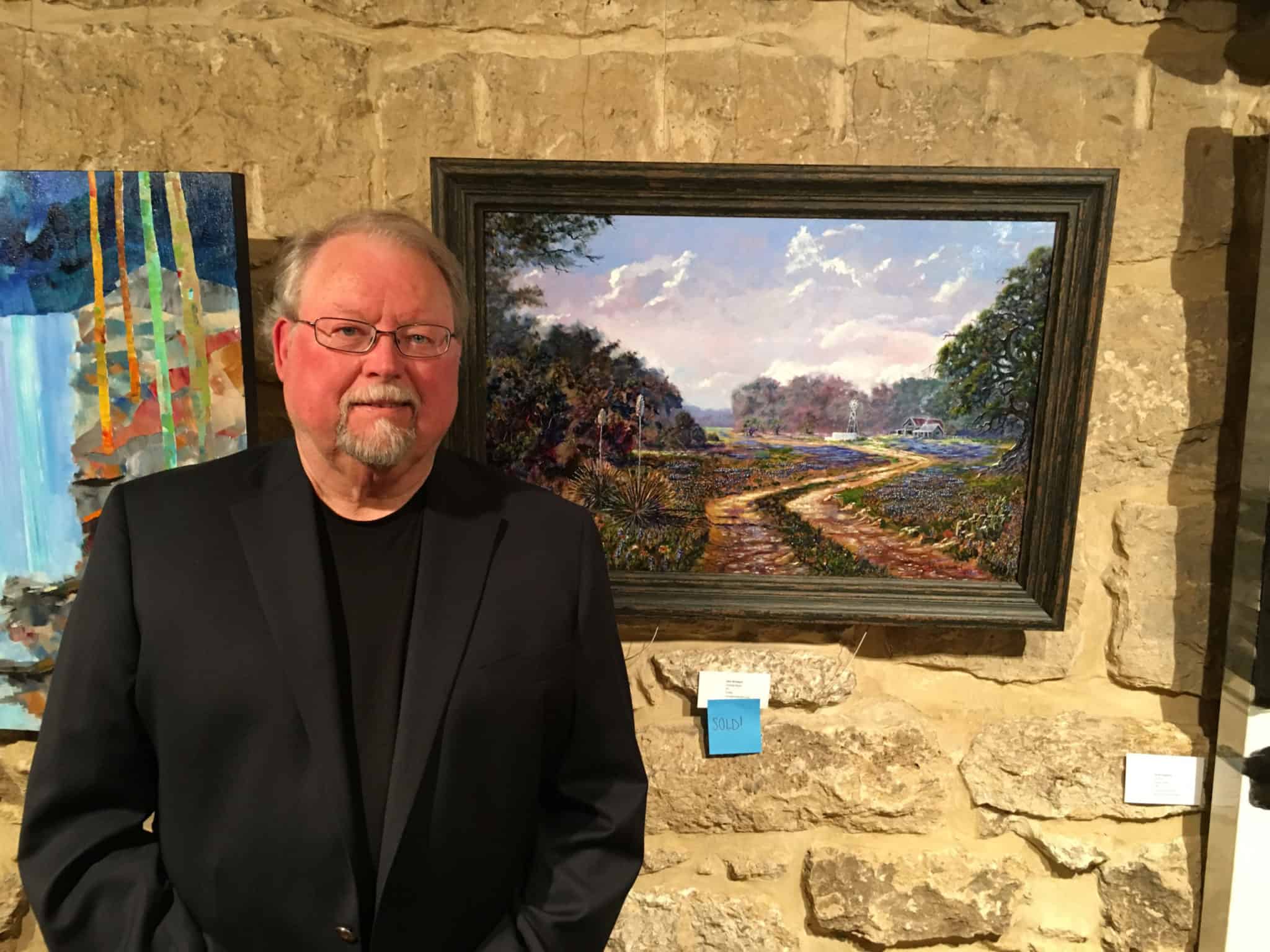 I grew up in Jamestown, Indiana and majored in Drafting Technology at Vincennes University. Upon graduating from college, I joined Bell Laboratories as a mechanical designer which provided extensive experience in perspectives, and spatial relationships that would later play a key role in the development of my paintings. Upon completion of 6 years of service in the Air Force, I moved to Beaumont, Texas, where I began a career in the Oil & Gas Engineering field.

In 1991 I became interested in painting and was fortunate to join a small group studying under the late James P. Black, an accomplished landscape artist residing in Beaumont, Texas. James was a highly talented artist who studied under several artists including A.D, Greer and shared his knowledge with those that knew him. My subjects of interest are Texas Hill Country landscapes, Bluebonnets, Western Paintings, Wildlife, and the American West.

In addition to my travels throughout the American Southwest and Texas Hill country, my International Oil & Gas career provided an opportunity to observe and study wildlife and landscape features in the Middle East, Malaysia, Africa, Nepal, Costa Rica, and Australia. This exposure to such a diversity of geographical landscapes greatly influenced my appreciation of the colors in nature and the influence of atmospheric perspective. To have observed the Grand Canyon National Park in Arizona, the Palo Dura Canyon in Texas, the Masai Mara in Kenya, and the Flinders Ranges in the Australian outback at sunset, is an experience I will never forget.

I have been blessed to participate & judge in various competitions in Texas and Louisiana. The most fascinating aspect for me has been meeting some really great people and listening to their interpretation of various works.

Thanks so much……. John

What are your earliest memories related to art?
I became interested in art in 1991 and began to experiment with beginner paint sets.

How and when did you start becoming an artist yourself?
I began to study under a Beaumont artist specializing in landscapes in 1992 and continued those studies for approximately one year. I continued to study independently and read and observed from sources connected to the subject matter I wanted to paint.

What is your process like?
I tone the canvas then identify the horizon. From there, I select a subject matter and begin painting from my imagination.

What do you try to control in your surfaces, and what do you leave to chance?
I tend to let the work develop as it progresses.

Where do you see your work going from here?
I continue to study and explore information that will help me grow as an artist and I plan to refine and promote my work. 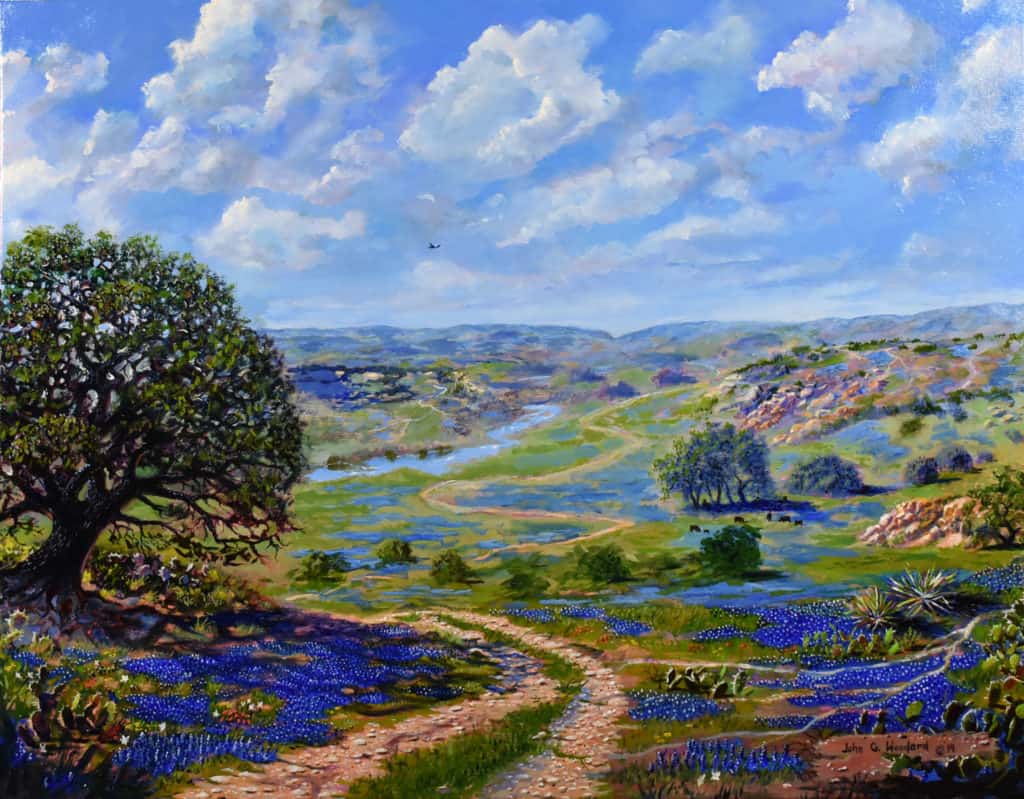 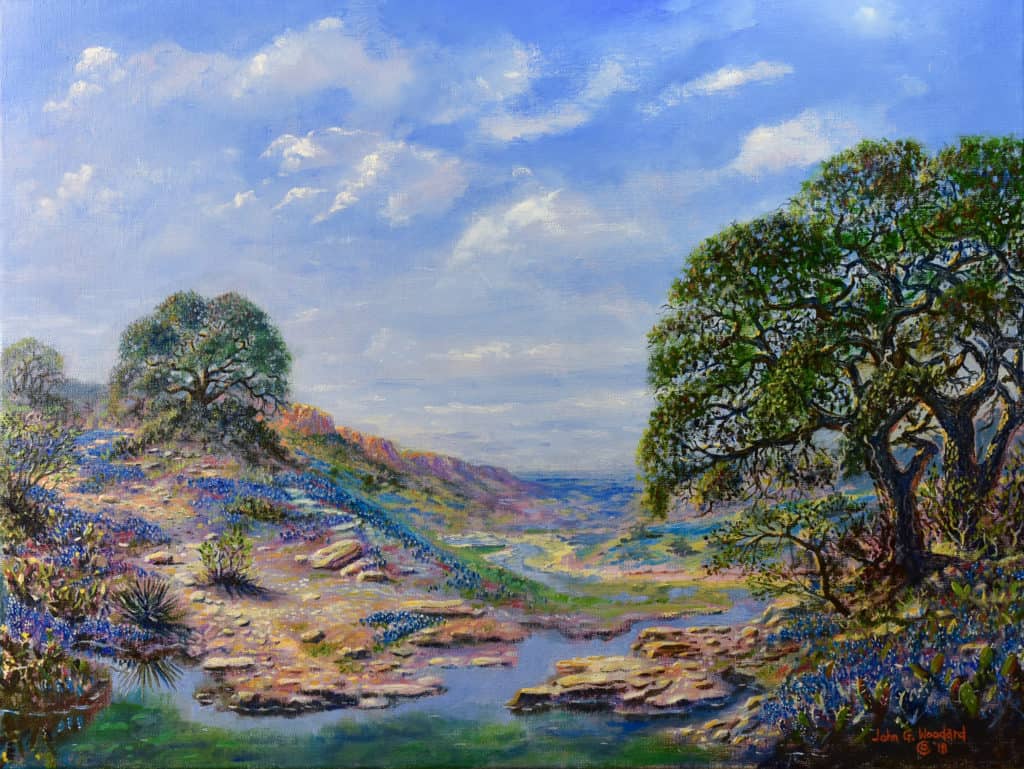 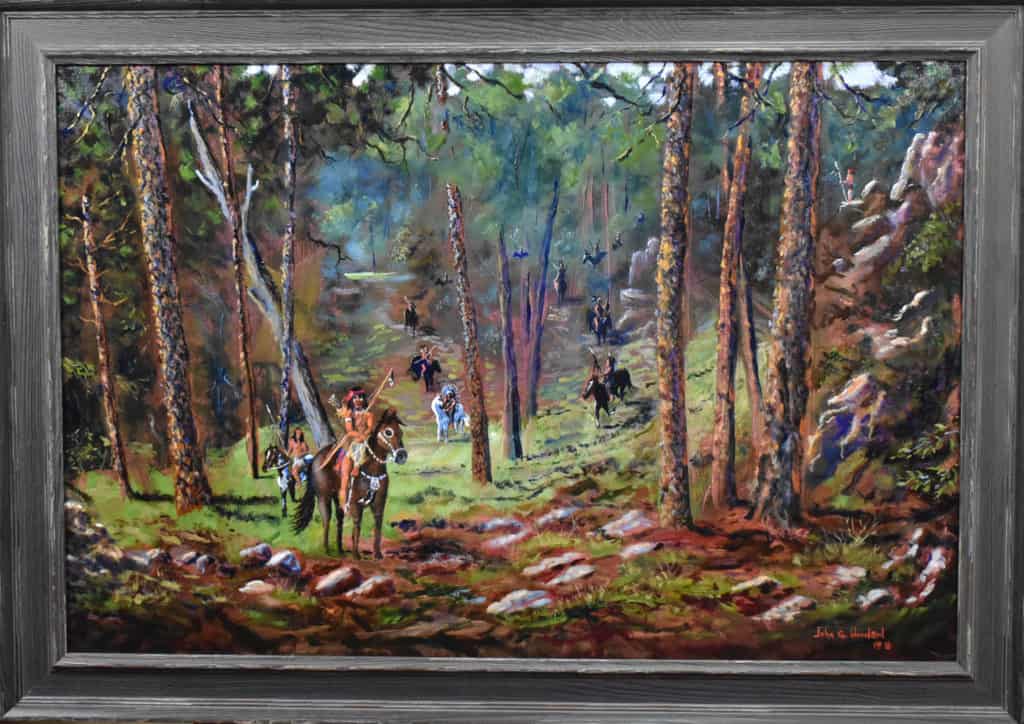