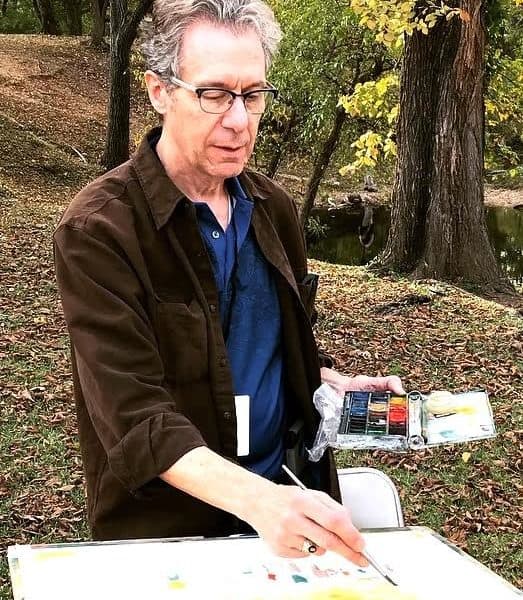 I take a lot of encouragement from that statement. To trust my eyes and hands and to simply watch as if looking over my own shoulder, that’s what I enjoy.

My quest is to discover what’s inside, to see what I’m made of, and I’m very happy when other people enjoy that in my work.

John Randall York was born in Tyler and has lived here most of his life. His parents met on the Tyler square in the World War 2 era.  His grandfather, Henry York, was a photographer in Smith County in the early 1900s, travelling by horse and buggy.

John paints plein air watercolors in Tyler several days week regarding them as snapshots, souvenirs and documents of his beloved hometown.

York was educated in Tyler public schools, attended TJC and received a BFA from The University of Texas at Tyler.

He has also designed giftware for Fitz & Floyd, Lenox, The Hamilton Collection and S & D Fine Collectibles (sold in Neiman Marcus, Nordstrom, Walt Disney World and Bloomingdale’s) and has illustrated 5 books for Gregory Miller an author/teacher from in Pittsburgh, PA.

John lives in the Brick Street District with his wife, Ruth, whom he met in French class at John Tyler High School. 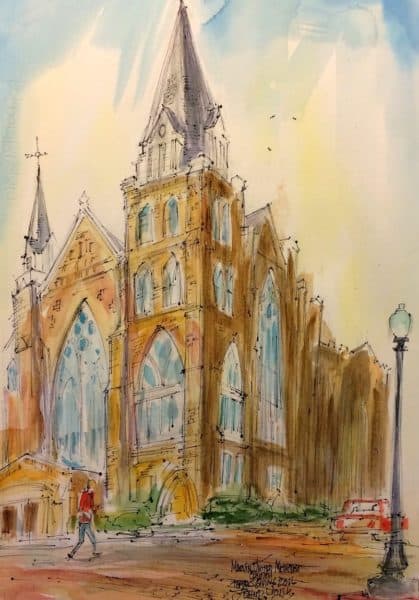 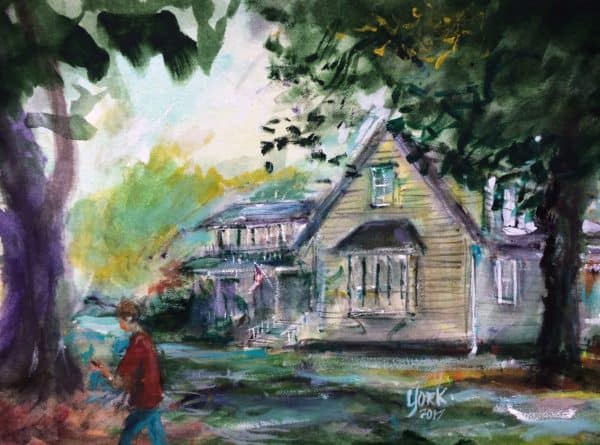 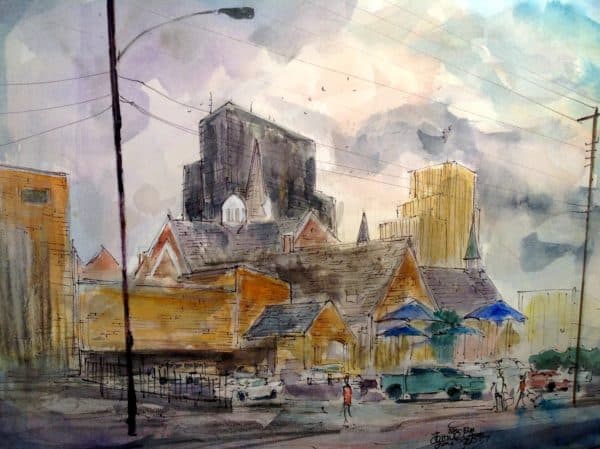 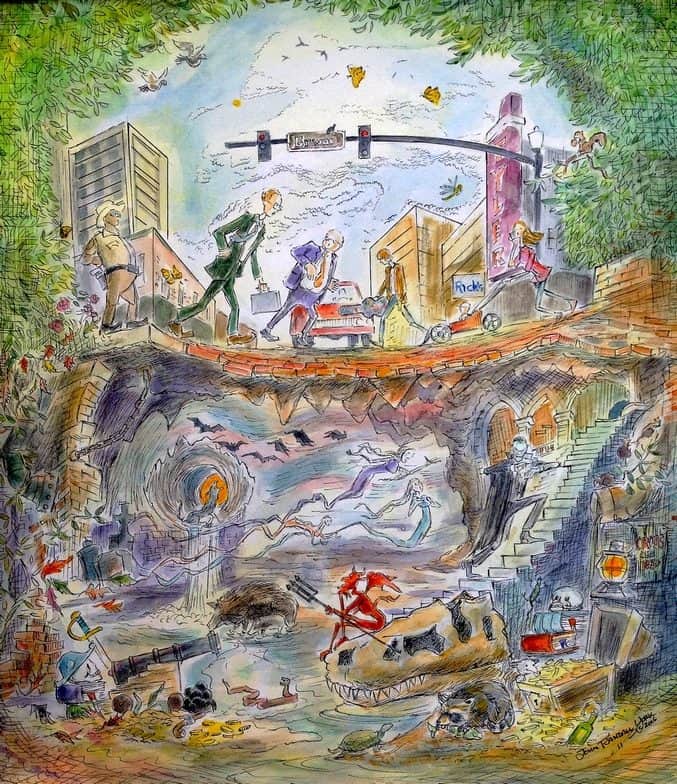 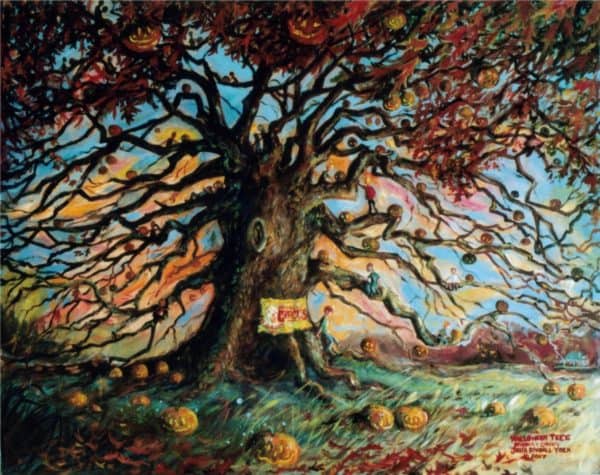 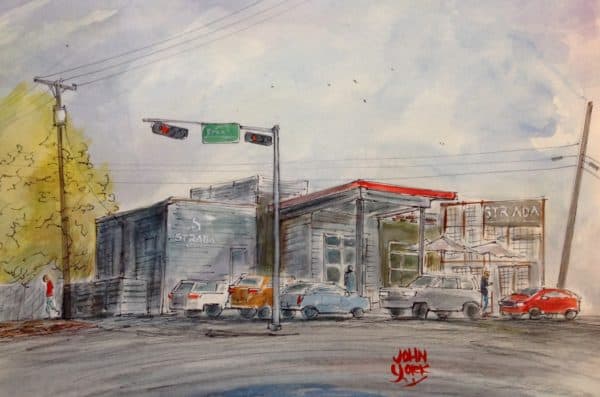 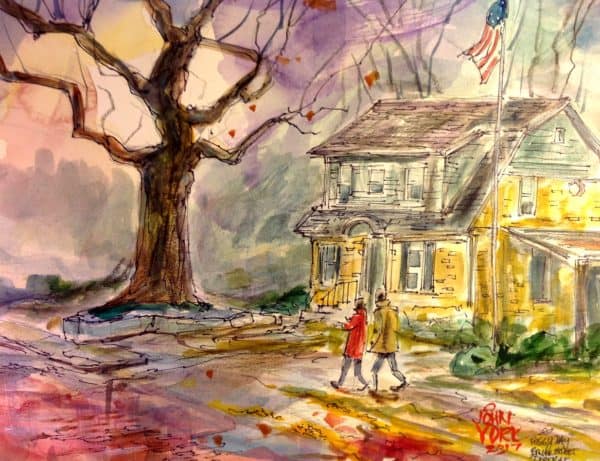 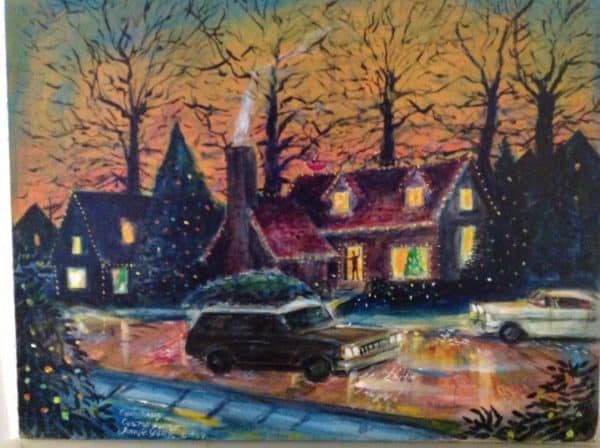 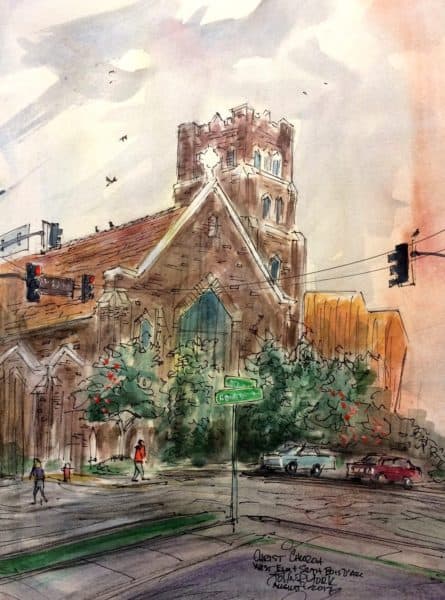 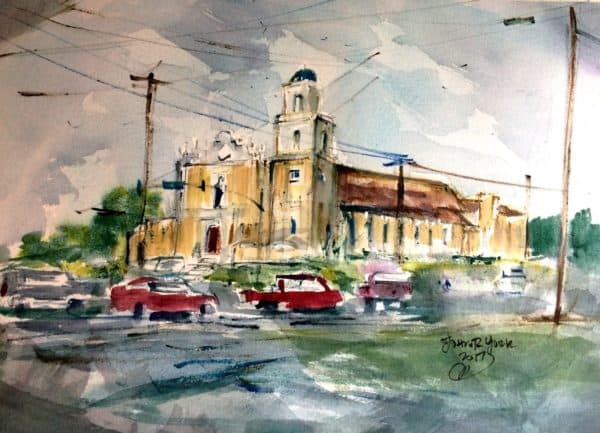 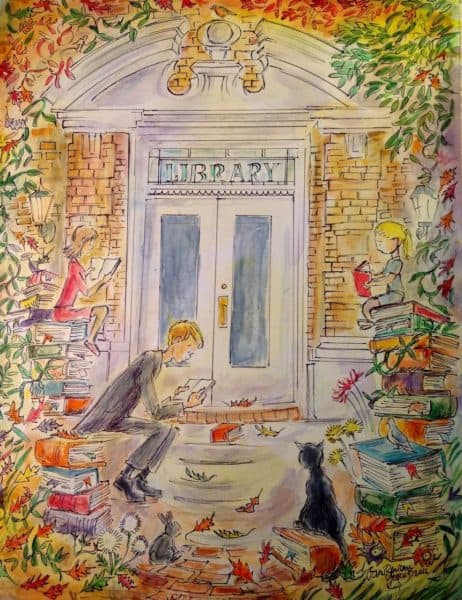 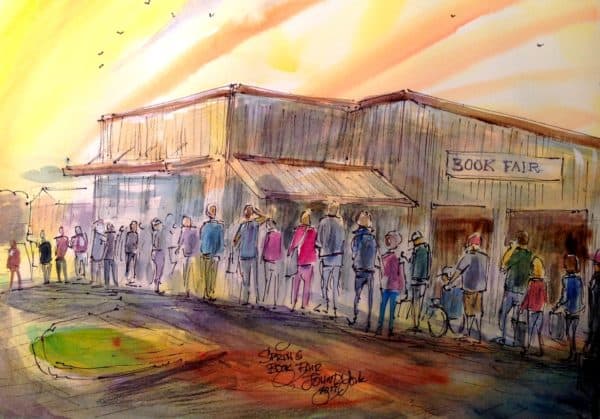 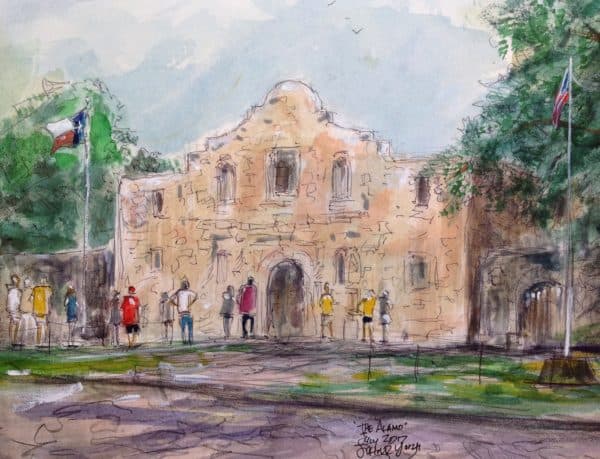